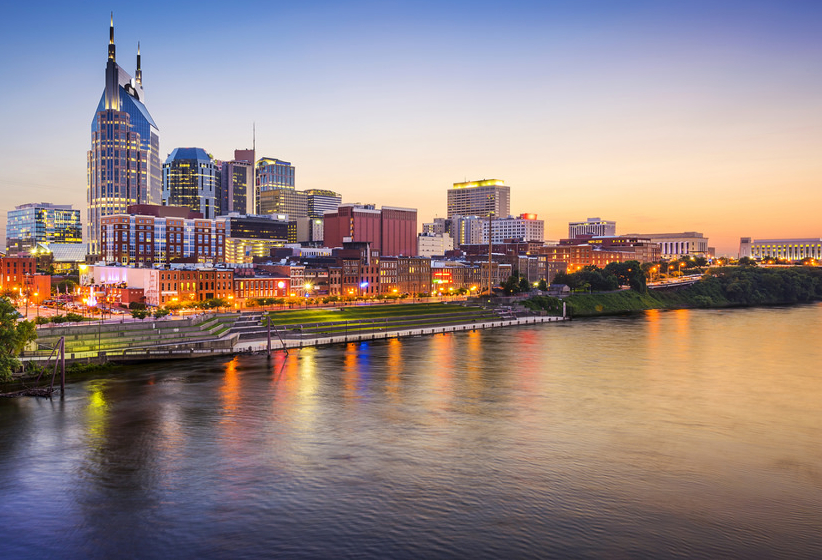 The VISOR Trans-Institutional Program focuses on multi-disciplinary research for formulating, developing, and deploying “smart city” applications. The population growth fueled by increasing commerce, facilities, and entertainment requires significant research, planning, problem solving, and sustainable development of the region’s infrastructure that includes transportation, housing, and utilities to keep the city operating effectively. The goal of VISOR is to work with Metro Nashville governmental agencies to develop a technical and policy platform that enables living city labs in which to study, research, and develop solutions to the challenges and problems faced by the city and by extension other cities around the world.

In particular, the proposed center will conduct research that combines the development of computational infrastructures at scale for collecting and analyzing heterogeneous data across the city, with a focus on social and policy impact. Real-time and predictive data analytics and mining techniques applied to this data will yield decision support systems that (1) support city planners and city residents and (2) address challenges related to improving mobility, increasing safety, and supporting sustainable and affordable housing developments. 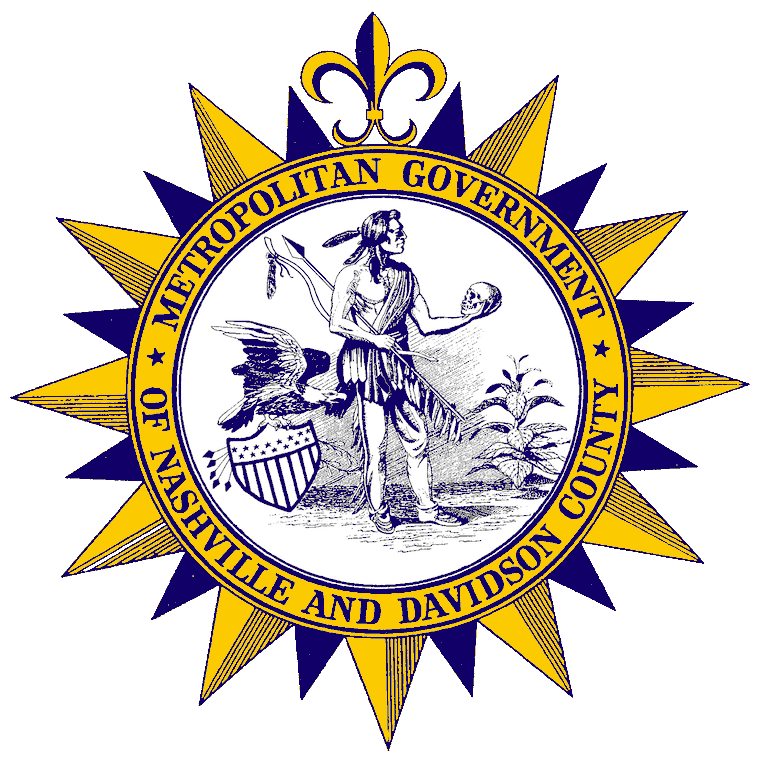 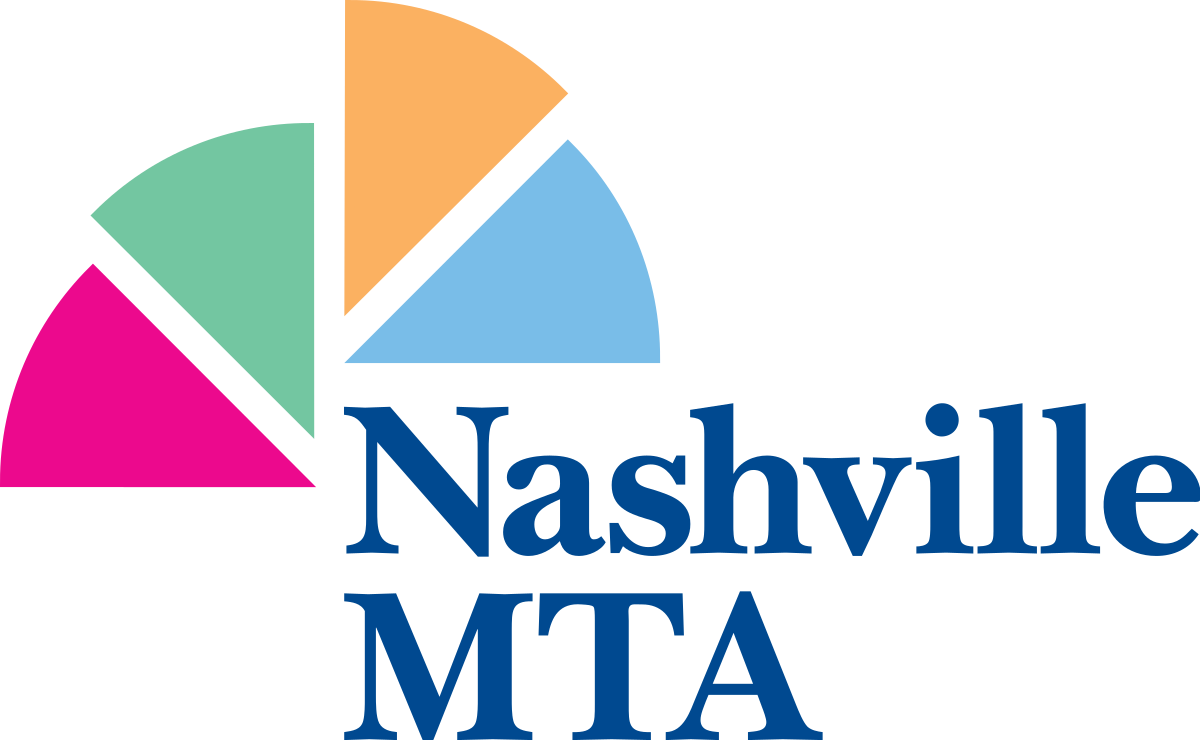 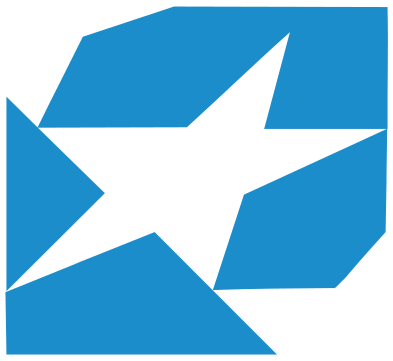 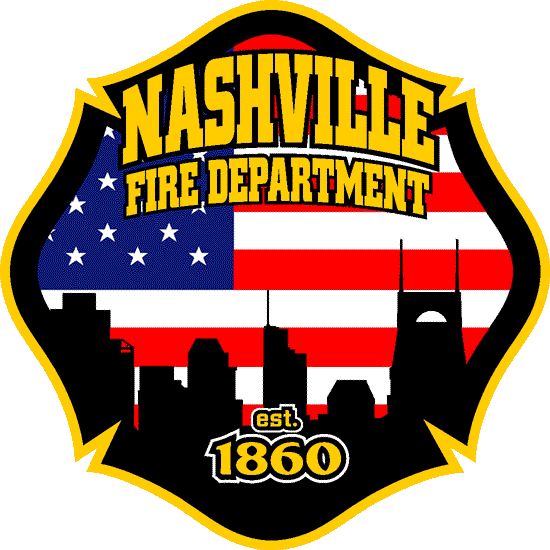 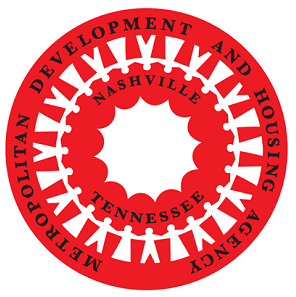 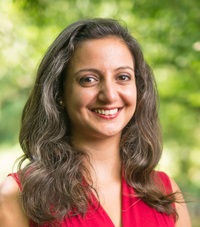 Hiba is a professor of Civil and Environmental Engineering. Her research is focused on statistical modeling applied to risk and decision analysis in infrastructure systems. As part of VISOR, she is working with faculty and students to build a predictive model that will inform authorities on delays in the transit system as well as their cascading effects throughout the system. The team is collecting and analyzing data from multiple sources related to weather, traffic, and special events to identify their impact on the transit operational effectiveness.

Gautam Biswas is a Professor of Computer Science, Computer Engineering, and Engineering Management in the EECS Department and a Senior Research Scientist at the Institute for Software Integrated Systems (ISIS) at Vanderbilt University. He has an undergraduate degree in Electrical Engineering from the Indian Institute of Technology (IIT) in Mumbai, India, and M.S. and Ph.D. degrees in Computer Science from Michigan State University in E. Lansing, MI. 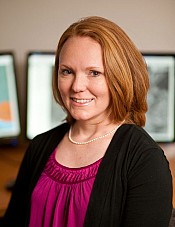 Janey Camp is a Professor of Civil and Environmental Engineering and is part of the team looking at gentrification and mobility in the Nashville area. A real concern as gentrification is occurring is that those individuals most dependent on transit for their daily activities and livelihood are being displaced to areas where either transit service is highly infrequent or even non-existent. Using geospatial analysis coupled with field data collection on who is moving from and to where, we can better understand where improved transit service is needed to meet the needs of the entire Nashville community, especially those who need it most. 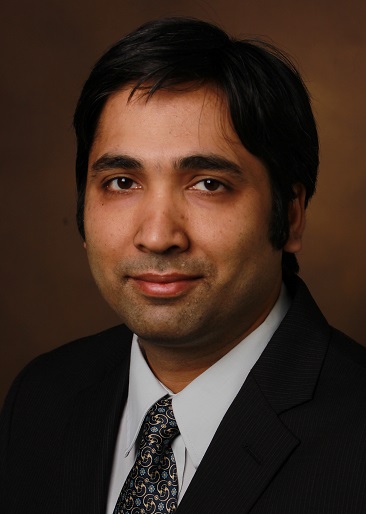 Abhishek Dubey is an assistant professor in the department of computer science and computer engineering at Vanderbilt University. He is also a senior research scientist at the Institute for Software Integrated Systems at Vanderbilt University. His research interests predominantly lies in resilient cyber-physical systems, including fault diagnositcs and prognostics and performance management algorithms. He is particularly interested in applying his work to solve the interoperability, scalability and fault management challenges faced by data intensive applications developed and deployed for smart and connect communities. His current projects are related to transportation, smart grid and emergency response domains. 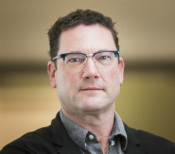 Dr. James Fraser is an Associate Professor in the Department of Human and Organizational Development in Peabody College, and Affiliated Faculty in American Studies, as well as the Institute for Energy and the Environment. Dr. Fraser’s areas of specialty include urban and environmental geography. In particular, his work focuses on urban restructuring and governance, housing and neighborhood redevelopment, human dimensions of environmental change, and social justice. His current book project, A People’s Guide to Nashville, is currently in press with the University of California Press, and his second book entitled The Making of the Precarious City, is in preparation. 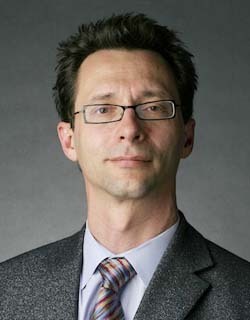 Professor Gilligan works primarily at the intersection of natural science, social science, and public policy with a focus on coupled human-natural systems and on the ways in which scientific knowledge and uncertainty affect policy decisions about the environment. Professor Gilligan's current work makes extensive use of agent-based models to simulate the ways that small changes in behavior at the individual level can add up to large-scale shifts at the level of the whole population, giving what is often referred to as “emergent phenomena.” These models have the potential to help us identify vulnerabilities to environmental stress and opportunities to promote sustainable adaptations. 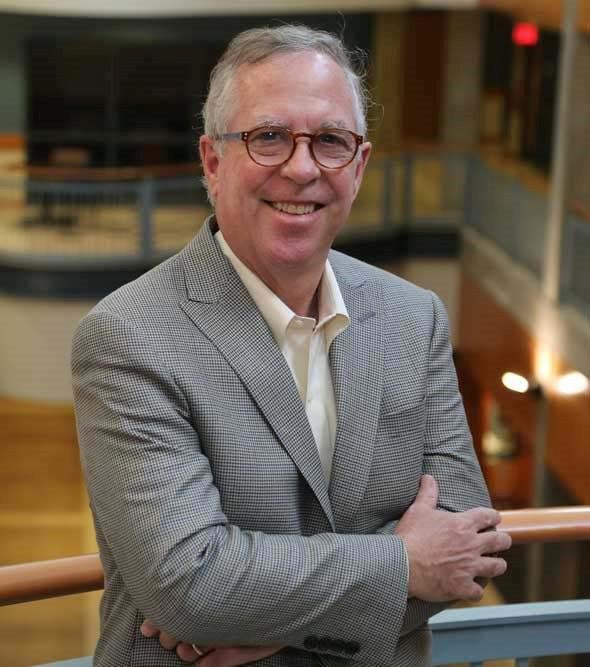 Professor Philip has been involved in coordination activities with the Metropolitan Transit Authority in Nashville and the development of collaborations focused on the interplay of land use and mobility choices, especially related to the Vanderbilt community itself. Dr. Philip’s work is informed by more than 30 years managing rail, intermodal and marine operations, including more than 20 years as President/CEO of what grew to become the largest domestic maritime operator in the United States. 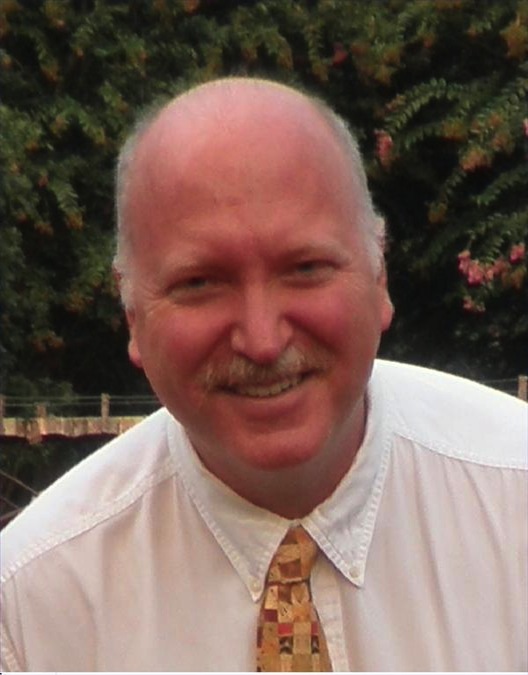 Douglas Perkins is Professor of Human & Organizational Development in Peabody College and Founding Director of the Ph.D. Program in Community Research & Action and Director of HOD Undergraduate Honors. He is a community and environmental psychologist whose research has focused on citizen participation in community organizations and local government solutions to urban problems, including neighborhood revitalization and change, affordable housing, homelessness, youth violence, and other issues. 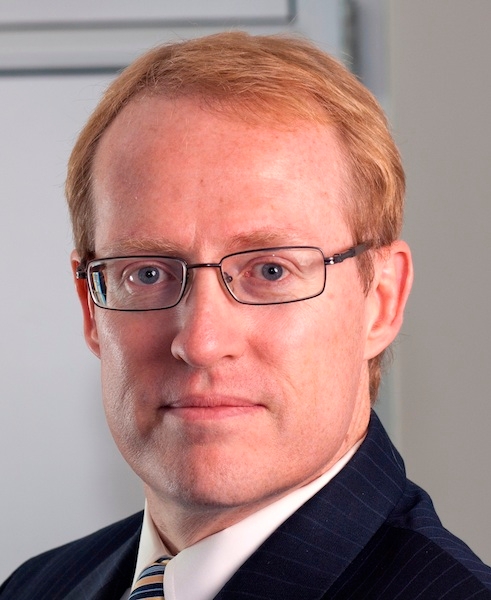 Dr. Douglas C. Schmidt is the Cornelius Vanderbilt Professor of Computer Science and Associate Chair of the Electrical Engineering and Computer Science Department at Vanderbilt University. He has published 12 books and more than 575 technical papers -- many in top conferences and journals. His publications cover a range of software-related topics, including patterns, optimization techniques, and empirical analyses of frameworks and model-driven engineering tools that facilitate the development of mission-critical middleware and mobile cloud computing applications running over wireless/wired networks and embedded system interconnects. He has mentored and graduated over 40 Ph.D. and Masters students. 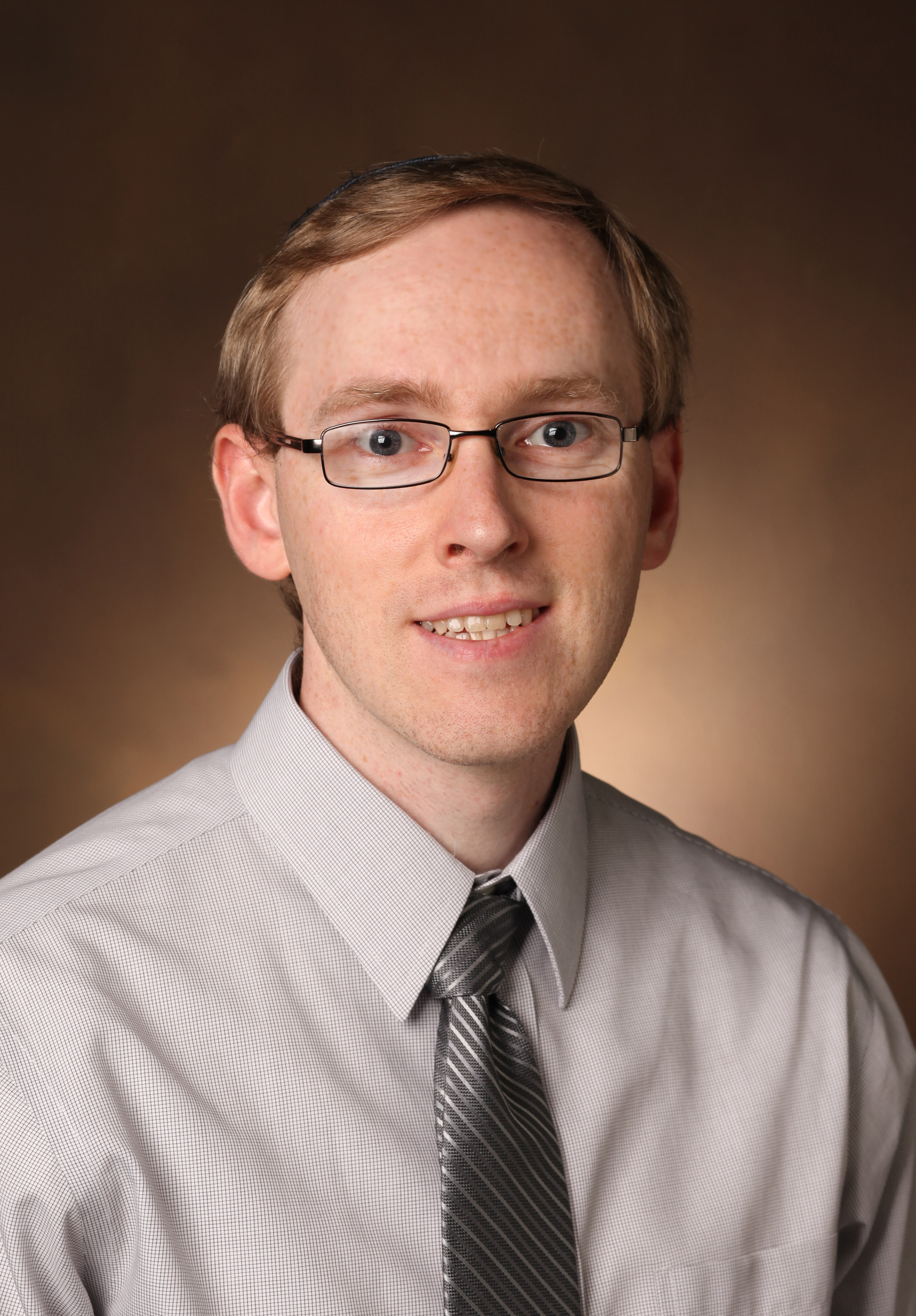 Yevgeniy Vorobeychik, Ph.D. is an Assistant Professor of Computer Science, Computer Engineering, and Biomedical Informatics. His research on smart cities focuses on incident forecasting and intelligent planning and optimization for incident response. More broadly, his research is on algorithmic game theory, optimization, machine learning, and network science. He holds degrees from the University of Michigan and Northwestern University. 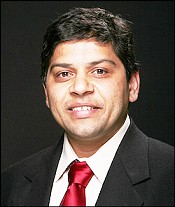 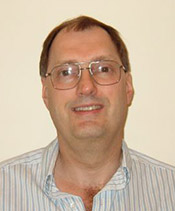 Mark Ellingham is a Professor of Mathematics at Vanderbilt University. His research interests include theory and applications of networks. He is also familiar with methods for creating and analyzing mathematical models of real-world problems. He has a broad knowledge of optimization techniques that can be applied to solve problems arising in many aspects of planning for smart cities. He received his Ph.D. from the Unversity of Waterloo in 1986. 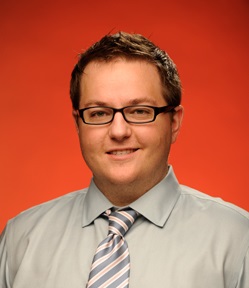